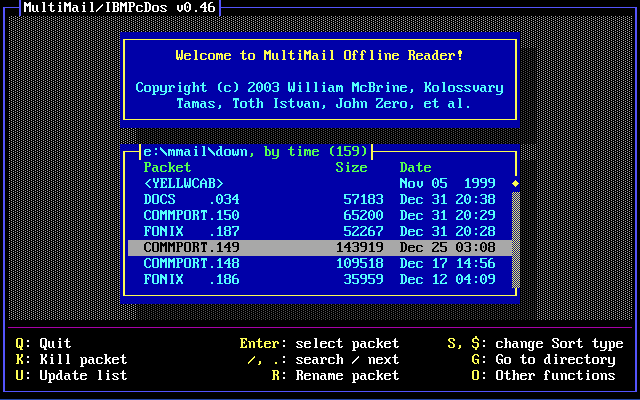 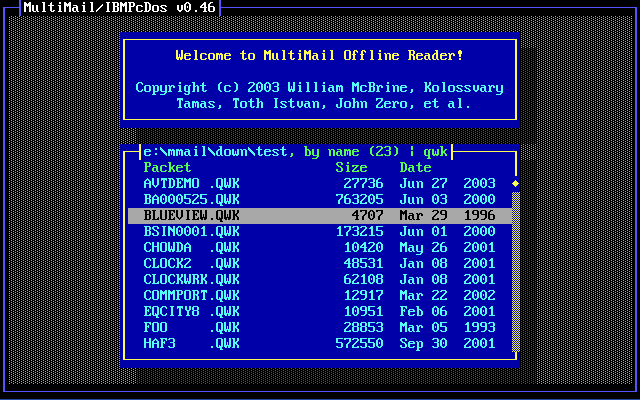 With a filter, in expert mode 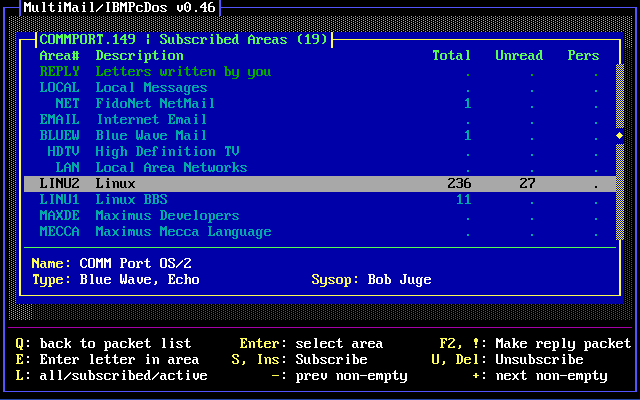 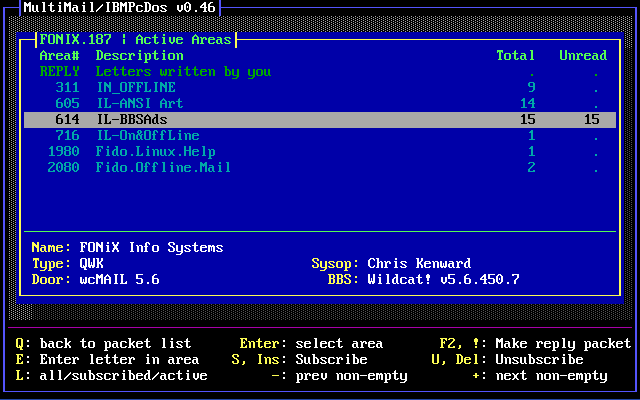 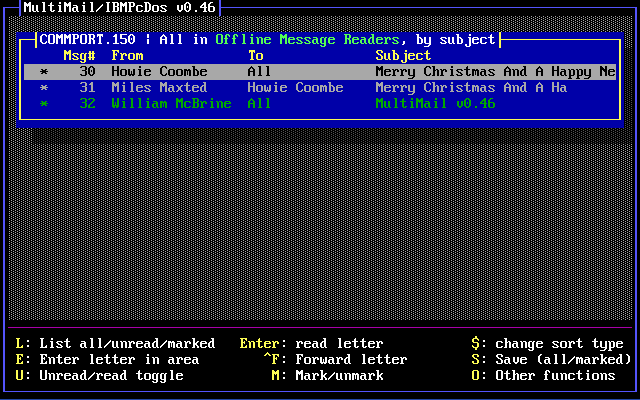 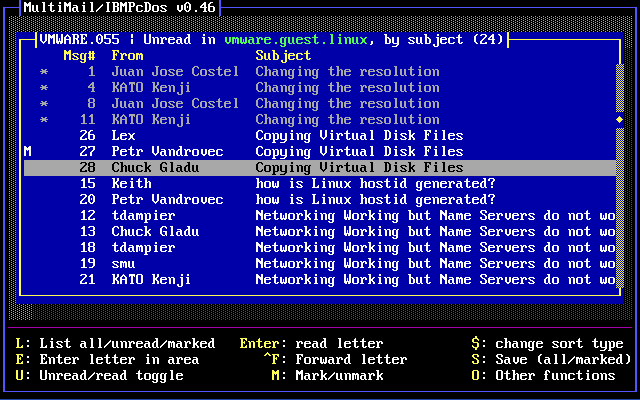 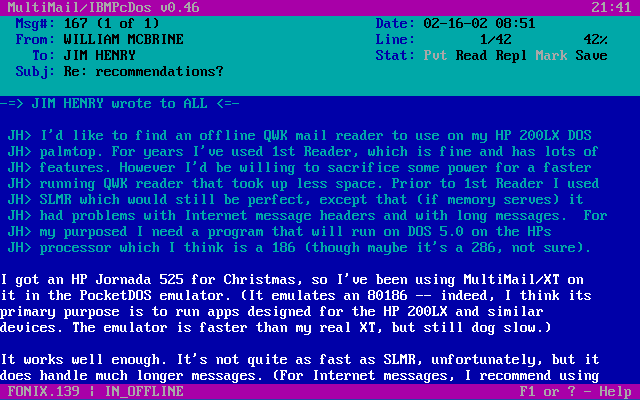 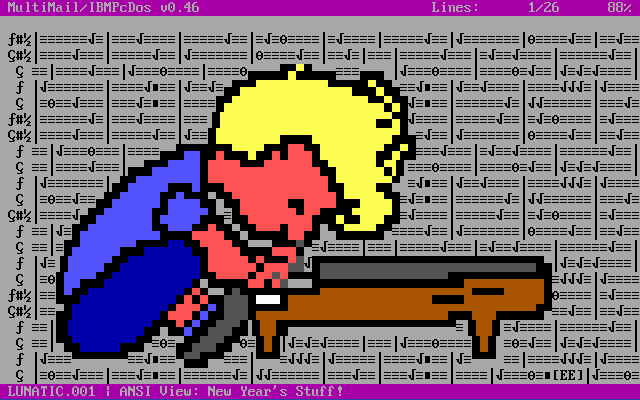 An example of a light-background scheme. This xterm was started with “-fn vga -tn linux” – useful for viewing ANSI pics. 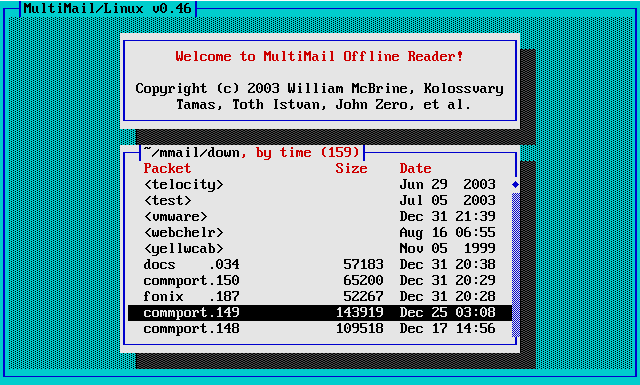 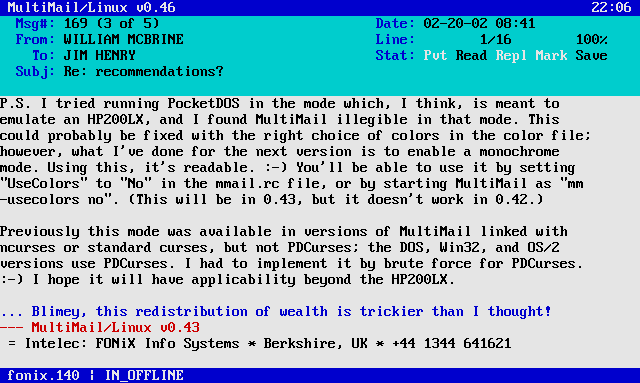 New in 0.39 – whichever color is defined as the background in “Main_Back” becomes transparent. (Version 0.38 always made Black the transparent color.) This can be used to good effect with a light-background scheme like aqua.col. Here I’m using the standard iso-8859-1 character set, 10x20 font.

The standard color scheme, but with the background set to blue and made transparent.

Not all terminals are created equal

The pictures at the top of this page show what MultiMail is supposed to look like, but some terminals lack support for color, the special box-drawing characters, or both. In many cases, this isn’t really the fault of the terminal, but of the corresponding entry in the terminfo database – you can sometimes edit that to fix the problem. In other cases, changing the font can help. Anyway, the “lowest common denominator” MultiMail display looks something like this (contributed by Alan Zisman): 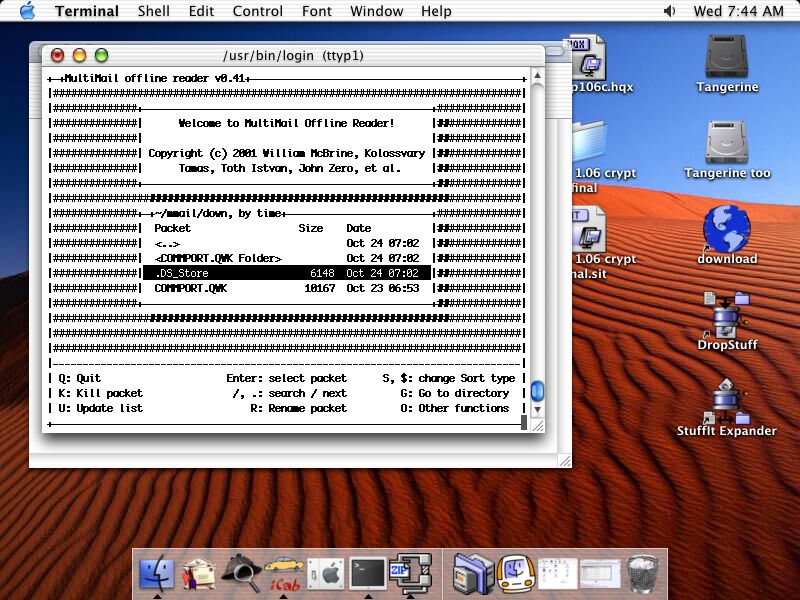 I’m happy to report that performance under Mac OS X’s Terminal has improved since that snapshot was taken; colors and box-drawing characters now work. (The background is still made up of octothorpes, but that’s the same as in xterm without the “-fn vga -tn linux”. I should probably work on that.) 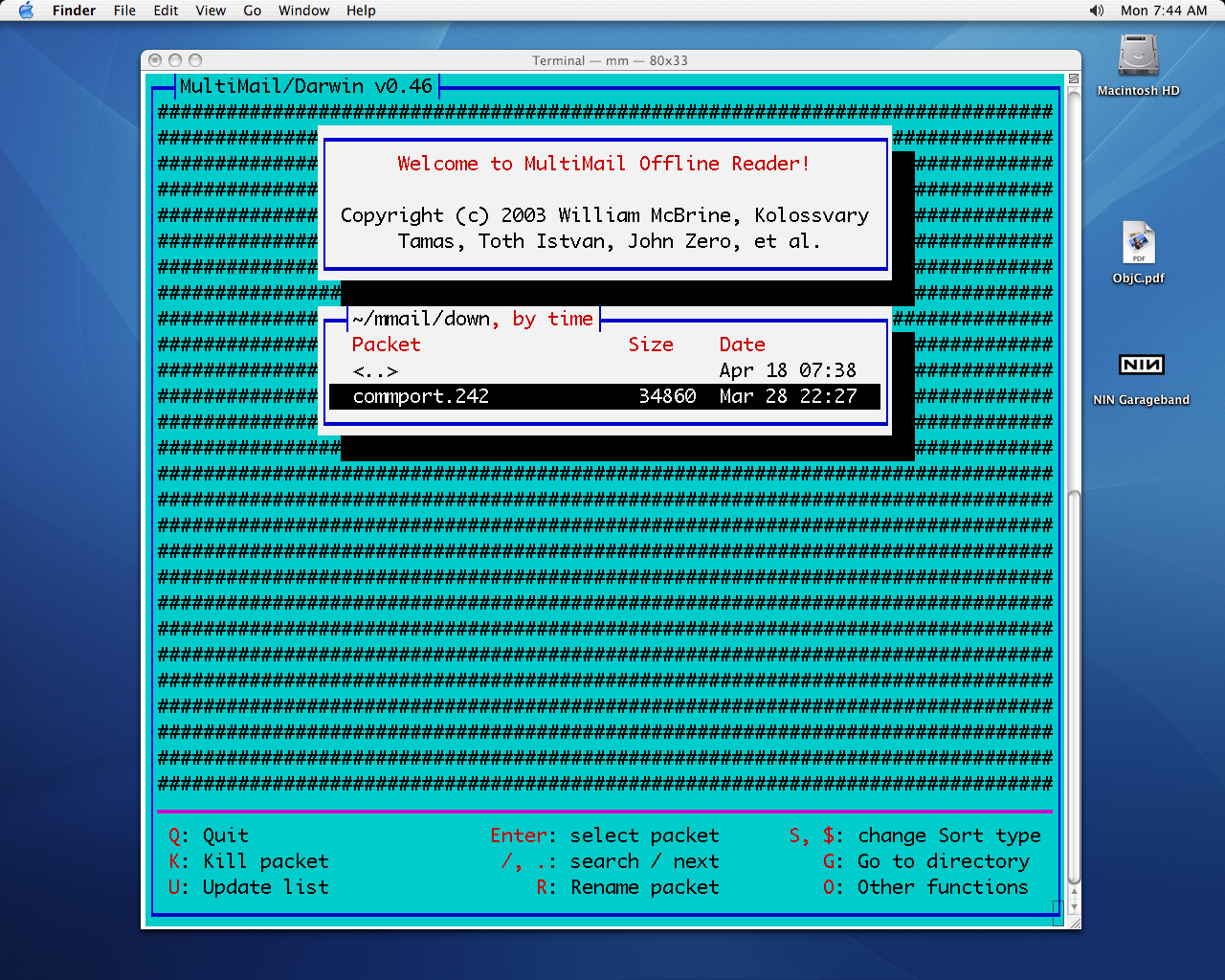